Can we mitigate environmental impacts from mining?

Mining can become more environmentally sustainable1 by developing and integrating practices that reduce the environmental impact of mining operations. These practices include measures such as reducing water and energy consumption, minimizing land disturbance and waste production, preventing soil, water, and air pollution at mine sites, and conducting successful mine closure and reclamation activities.

Although a number of variations exist, sustainable development is most commonly defined as development that meets the needs of the present without compromising the ability of future generations to meet their own needs2. [1] The principles of sustainable development involve integrating economic activity with environmental integrity, social concerns, and effective government systems. [2] These principles have had a growing influence on the development of environmental and social policy in recent decades, and have been adopted and promoted by a number of international organizations, including the United Nations and World Bank. [1]

A number of industry associations, including the International Council on Mining and Metals, and the Mining Association of Canada, have endorsed the principles of sustainable development and have developed their own guidelines to promote sustainable practices among their member organizations.

The continued discoveries of new oil, coal, and mineral reserves, improved recycling of materials, and advances in technology in recent years have largely lessened the fears of running out of non-renewable resources. [3] For instance, the development of technologies including froth floatation for processing certain metal sulphide ores, the Solvent Extraction-Electrowinning process for obtaining copper, and the use of cyanide in gold extraction have all made previously uneconomic grades of ore suitable for mining, thus increasing economically viable mineral reserves. [4]

However, although mining itself may occur on a relatively small land area, the associated infrastructure and pollution from mining activities have the potential to affect the health of ecosystems and reduce their ability to provide the goods and services necessary for human and environmental well-being. [3] These services include the purification of air and water and the decomposition of waste materials, which can be compromised where the ecosystems are overwhelmed by high levels of pollution. The importance of a healthy environment to future generations is recognized as a “pillar” of sustainable development.

In order to be more environmentally sustainable, mining operations are increasingly conducted in a manner that minimizes their impact on the surrounding environment, and leaves mine sites in an acceptable state for re-use by people or ecosystems. A number of management strategies and technologies are being developed and used by the mining industry to reduce the environmental impacts of mining, and are discussed below.

Water is used in a number of applications at mine sites. By diverting surface water and pumping groundwater, mining operations can reduce both the quantity and quality of water available downstream for aquatic ecosystems and other industrial and municipal water users, especially in areas with arid climates.

In response to water scarcity in many mining regions, a number of innovative water conservation practices are being developed and implemented to reduce water use. In Canada, mining has one of the highest water recycling rates among the industrial sectors, and between 1996 and 2005 reduced its total water intake by 33%. [5] This drop in water use occurred at the same time as the value of production increased 48%, meaning the water intake per dollar of production (or water-use intensity) has also declined.

Mining and metal processing can be very energy-intensive processes. For instance, diesel fuel is used by trucks and excavators during mining, electricity is used to grind ore and refine copper and aluminum, and coal is required in order to smelt iron ore and make steel. [1] The extraction of fossil fuels (coal, oil, and gas), and the construction of infrastructure required for energy generation have their own environmental impacts, including the production of greenhouse gases and increased risk of environmental contamination along the energy supply route. Reducing energy consumption at mines can reduce greenhouse gas emissions and extend the life of fossil fuel reserves in addition to reducing operating costs and therefore the cost of the commodity being mined. [1]

Some examples of ways mining companies are reducing their energy consumption include Alcoa’s RopeCon transport system at its Jamalco Operations in Jamaica, which generates electricity while transporting bauxite ore downhill from the mine to the rail station, and Kennecott Utah Copper’s haul truck idle management project, which was recognized by the Utah Pollution Prevention Association with an Outstanding Achievement in Pollution Prevention Award in 2010. Mining companies are also investigating renewable energy sources to reduce costs and reliance on external energy sources including solar power in Chile and wind turbines at the Diavik Diamond Mine in the Northwest Territories.

Mine sites currently disturb a small fraction of the Earth’s total land surface. For instance, less than 0.01% of Canada’s land area has been used for the production of minerals and metals since mining began over 100 years ago. [6] However, mining activities use land at every stage of the mine cycle, including exploration, construction, operation, closure, and post-closure. [7] Vegetation is cleared for the construction of buildings, roads, and powerlines, open pits or tunnels are dug to gain access to the ore, and waste storage facilities such as tailings ponds are expanded over the life of the mine, potentially leading to habitat loss and deforestation. [7]

There are a number of ways to reduce the land-use impacts of mining. [7] These include reducing the overall footprint of the mining area, minimizing the amount of waste produced and stored, maintaining biodiversity by transplanting or culturing any endangered plants found on site, and planning mines around existing infrastructure where possible. [7] Although current technology requires ores to be excavated in order to produce metals, research in areas such as biomining offers the possibility of mining with minimal land disruption in the future.

Mine waste includes solid waste, mine water, and air particles, which can vary significantly in their composition and potential for environmental contamination. In addition to preventing soil, water, and air pollution, waste management plans are required in order to select and design appropriate storage facilities for the large volumes of waste produced at most mine sites.

It is generally recognized that preventing pollution is more economic and effective at reducing environmental impacts than cleaning it up later on (i.e., leaving a legacy of environmental degradation for future generations). [4] Methods for minimizing and eliminating wastes in the production of minerals and metal commodities include [1]:

Water management strategies are used to reduce the volume of waste water produced, and if necessary, to treat it to an acceptable quality before it is released. Over the past 30 years, most countries have passed formal environmental legislation describing acceptable standards of human impacts to air, water, and land. As a result, mine waste management plans are increasingly required in order to obtain a mining permit in many parts of the world. [4, 8]

Acid rock drainage (ARD) forms when sulphide minerals in waste rock and ore at a mine site are exposed to air and water. ARD can pollute surface and groundwater with acidity and dissolved metals, which can adversely affect aquatic organisms and water users downstream. A number of strategies are used to predict, prevent, and mitigate ARD at mine sites, and are described in further detail here.

Restoring environmental function at mine sites

Mining is a relatively temporary activity, and mine sites have finite operating lives which are determined by the size and quality of the ore deposit being mined. Mine site reclamation and closure activities aim to restore land disturbed by mining activities to an acceptable state for re-use by people or ecosystems. 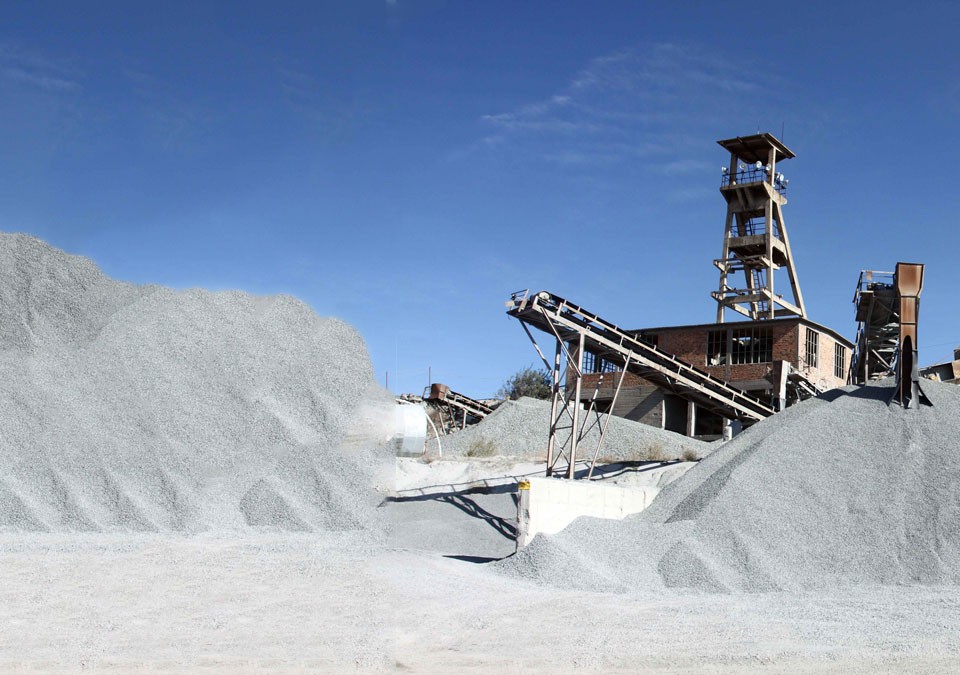 Can we mitigate environmental impacts from mining?